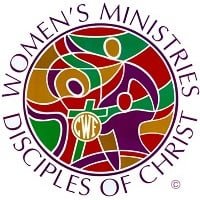 The history of the Christian Church (Disciples of Christ) has also been shaped and influenced by the contributions and leadership of women of the church. In 1874, Caroline Neville Peare, established the Christian Women’s Board of Mission for the purpose of mission work. In February 1876, Dr. and Mrs. W.H. Williams of Missouri became the first missionaries of the Christian Woman’s Board of Missions.  In 1887, Mattie Younkin and six other women established the National Benevolent Association. In 1888 Clara Celestia Hale Babcock became the first ordained woman of the Christian Church (Disciples of Christ).  Following the footsteps of these early pioneers and leaders women such Sarah Lue Bostick, one of the first African American women to be ordained, Minnie Vautrin, the Goddess of Nanking who protected thousands of women and girls during the 1937 Rape of Nanking in China, Sharon Watkins the first woman General Minister and President and Terri Hord Owens the first African American woman General Minister and President of the Christian Church (Disciples of Christ) have shaped, influenced and inspired the men, women, boys and girls of our denomination. In addition to these precedent setting individuals, each of us can name the local Sunday School teachers, pastors, elders, deacons, youth leaders, mothers, grandmothers, and aunties who have influenced, nurtured, and encouraged us in our journeys to become the individuals whom we are today.

And so, you are invited to join us in sharing and celebrating your story and sharing and celebrating the stories of the women in your life.  Each Saturday morning in March (March 4, 11, 18 and 25 from 9- 11 AM CST and 10 AM – Noon EST) for a writing retreat. During our time together we will consider how we can tell our stories through poetry and short stories. We will consider journaling, particularly sharing stories, as a spiritual discipline. We will hear the stories of women of the IL/ WI and MI regions and how these stories have impacted, influenced and inspired others.

Our leaders will include Vicki Kirby, Vicky Woolridge and Brenda Ethridge. Vicki Lynn Kirby is the mother of 3 daughters, the youngest is Autistic. Playwright of stage play, Trouble N My Way which sold out 3 times in 2008. As Christian Ed. Chair at United CC for 13 yrs revived a successful Children’s Church program and help developed a Rites of Passage program with a unique writing component that engaged young writers in a “page to stage” initiative. Founder of a new start up, WordsNHarmony coming in 2023 with the vision to help new writers become published authors. 10yr cancer survivor and advocate for Special need adults. “I am passionate about what I read and write. “ A Retired UAW member and Wayne State undergrad.

Vicky Woolridge is a life-long Disciple. She was nurtured in the faith by her family, including her Uncle Neil Sallee, who was the organizing minister of Crestview Christian Church (Disciples of Christ) in Decatur, and her Aunt Dot (Dorothy Sallee) who modeled what it means to live a life of faithful witness. With her Aunt Dot, Vicky has led earlier CCIW writing retreat.s

She has been married to Scott for 43 years. They were college sweethearts and continue to delight in their life together. They are blessed by their family of two grown daughters, a son-in-law and a grandson and granddaughter. Vicky cherishes family time and is grateful to spend regular time with her loved ones.

Vicky has spent her career as a teacher of young children, from infants to elementary age children. She has taught preschool, first and second grades, worked for Early Head Start, and served as an Educational Coach at Head Start. Vicky’s passion is to support families as they develop a faith foundation for their children. Vicky is  a recent graduate of CCIW School for Ministry. She is answering God’s call as she ministers at Central Christian Church in Decatur.

Vicky’s hobbies include reading , spending time with friends (in person or virtually), reading books with her grandchildren, and baking.

Registration for Sharing our Shared Stories is available.

Join us as we CONNECT AND SHARE our faith stories through the spiritual discipline of writing.

COST – $35.00 for four sessions and opportunity to publish your writing in an anthology of faith stories.

This site uses Akismet to reduce spam. Learn how your comment data is processed.