Alone at the Top of the Stairs 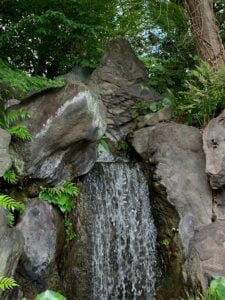 I grew up in a small house in the country in Michigan. Seven people packed into this compressed space. And, on this day in April 1968, it was about to burst.

I woke to strange voices from below my bedroom echoing up the stairs. My nine-year-old self sensed that something was wrong.

Climbing out of bed, I went to the landing at the top of the stairs and sat down and listened. I wondered if I would be in trouble for listening. Questions arose within me. “Do I want to hear? Do I want to know what is being said? Is it better to go back to bed and pull the covers over my head?”

I knew something had happened. But, I couldn’t understand. It was as if my ears were unable to hear.

“Maybe if I investigate” I thought.

I went to the bunk house room, where my brothers were asleep, to the windows overlooking the driveway. Peering above the edge of the sill, I saw a vehicle I didn’t recognize. It had an insignia on the door—official—government—U.S. Army. My eyes were having the same problem that my ears had, I could not make sense of this. “What is happening?”

I went back to the top of the stairs where I wondered, “What do I do now?”

Two of my brothers, were sleeping in the bunk house room. Aware that I was near, they stirred in their beds. I don’t remember exactly what they said to me. I only know that I responded with words that came from deep within me, “I think Barry is dead.” Barry . . .  my brother far away in Vietnam. From the bunk room my brother’s response was clear, direct and condemning.

The moment had come. I could no longer stay there. I descended into the room where our father and mother, in their night clothes, and a man, in full dress uniform, were talking. They stopped and looked at me—knowing.

In one moment, I became a puddle of anguish on the floor in front of them. The compression in my body and in our home burst that day. Fragmentation wounds killed our brother, and the reverberations shook our world. Trauma. Multiplied over and over, wave upon wave, millions of times for all who were affected by our warring ways.

Today, these words resonate deep within me: “a movement for wholeness in a fragmented world.” Words from my faith journey. A faith journey that includes meaningful welcome to the Table. But what I know is, even the safe places called home and Table, school and grocery store can be traumatized and burst into a million pieces. What I have needed is a movement toward wholeness, a walk of reconciliation, a seeking after just relationships, and a deep peace.

Let there be a gathering of the fragments in re-creation of the whole. May our life together on this journey bring us there.