By Teresa Dulyea-ParkerApril 15, 2022No Comments 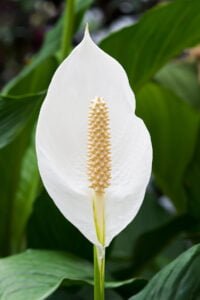 John 19:30 When Jesus had received the wine, he said, ‘It is finished.’ Then he bowed his head and gave up his spirit.

Pray with me: O God, You alone are our salvation. Help us to be open to Your word, soften our hearts and minds to listen for Your wisdom. For it is Your way that brings blessing. Amen.

There is a tendency among humans to want to deny the worst. To go on as if nothing bad has happened. To turn from the hard places to seek out an easier way. To hide our eyes from what is difficult.

I get it. I understand. I don’t want to watch things on television or in the movies when I know someone will be hurt. I walked out of the Oscar winning movie Slumdog Millionaire in the opening ten minutes, because I could not stay and watch the maiming of a child. “No, not gonna happen.” I get it.

And, yet here we are at the foot of a cross. An instrument of torture and terror used by principalities and powers to suppress the aspirations of human beings seeking freedom to live.

It’s a stark reality check at the heart of our faith. We can not walk away from this moment without acknowledging the reality of sin and evil. Well, we can try to—like the disciples we can grab a sword/gun and strike out; or run away, deny, hide, shrink into the crowd. We can try to move past this as if it doesn’t matter—let’s get to the baskets and jelly beans, and Risen Christ.

But, it’s right here. It’s here for a reason.

Evil is on display. It’s trying mightily to maintain the reign of terror by killing the Son of God. Our faith journey calls us to look and see, weep and rage, feel the powerlessness and helplessness, and acknowledge at our core this is the power of sin and evil on display. This is the day to say, “Look what evil has done!”

I think of Emmett Till’s mother choosing an open casket to make sure the world saw what evil did to her beautiful 14 year old child. I think of the videos showing George Floyd’s murder or Tamir Rice’s death. I am also reminded of the pushback against seeing, knowing, telling the story of the 1619 project.

Jesus sees it all. Jesus is experiencing it all. Jesus places himself into the hands of powers who could choose another way, but don’t. Evil in all its forms—betrayal, denial, indifference, terror, torture, humiliation and death. Jesus is showing it for all creation to see—

There is an old wooden cross in El Salvador. It’s called the Subversive cross. It was part of a bible study in a Lutheran congregation. The folks who were part of the Bible study were asked to name sins and evil that they had experienced and write them on the cross: oppression, violence, removal from their land, destruction of their villages, displacement of their families, murders, disappearances . . .

On the same day that six Jesuit priests were murdered, the authorities, the “principalities and powers,” sent soldiers/death squads to arrest the leaders of the congregation and international companions, and to try to assassinate Bishop Gomez and take the cross into custody. They literally took that cross and put it in jail.

What were they afraid of—that someone would see and hear, and they would be accountable for the inhumanities and atrocities they tried to hide. This is how badly evil fears those who tell the truth of what they have experienced. It’s willing to kill the Son of God.

Jesus does not turn away. Jesus willingly submits to a death squad. Jesus acknowledges the power of sin and evil is death.

“He bowed his head and gave up his Spirit.”