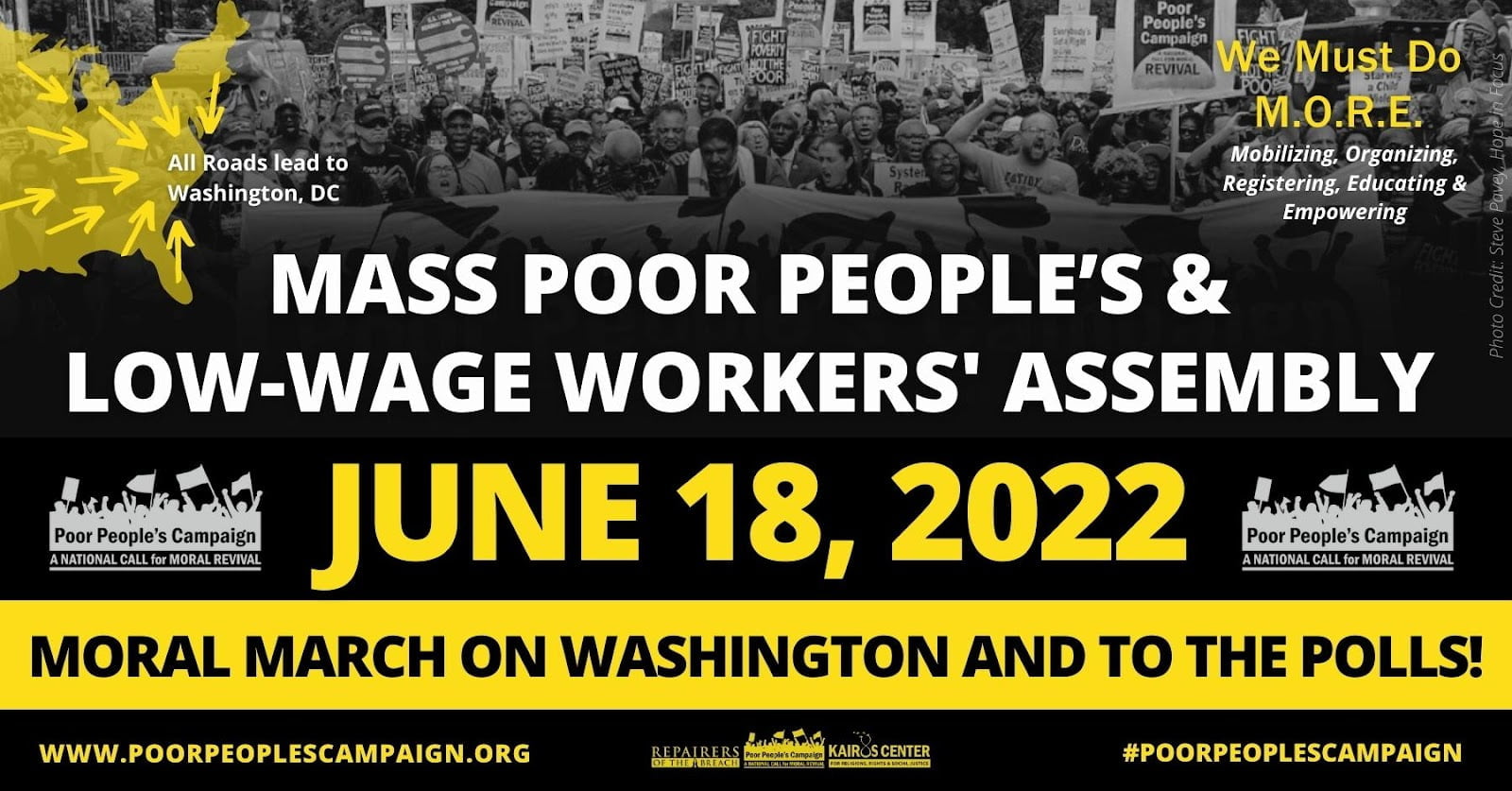 “It is NOT just a day of action. It is a declaration of an ongoing, committed moral movement to 1) Shift the moral narrative; 2) Build power; and 3) Make real policies to fully address poverty and low wealth from the bottom up.”

Any nation that ignores nearly half of its citizens is in a moral, economic and political crisis. There were 140 million people who were poor or one emergency away from economic ruin before the pandemic. Since March 2020, while hundreds of thousands of people have died, millions are on the edge of hunger and eviction, and still without health care or living wages, billionaire wealth has grown by trillions.

There are abundant resources to meet our needs, and we march to summon the political will to do so. America must have a moral revolution now. It is time to nonviolently disrupt, protest, shake up and alter the direction of our nation towards a moral agenda of love, truth, justice and equal protection under the law.

On June 18, 2022 the Mass Poor People’s & Low-Wage Workers’ Assembly and Moral March on Washington and to the Polls will be a generationally transformative and disruptive gathering of poor and low wealth people, state leaders, faith communities, moral allies, unions and partnering organizations. We are building power for an agenda that lifts all people by challenging the interlocking injustices of systemic racism, poverty, ecological devastation, the war economy and the false moral narrative of religious nationalism!