The Legacy of Religious Prejudice 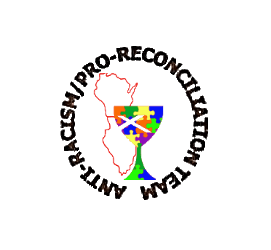 In the month of October, the United States celebrates the “discovery” of Christopher Columbus. This historical event is taught to our children and observed nationally without question.  Few people are aware that Columbus’ act of discovery and possession was based on a religious doctrine that I recently learned was called the (Christian) Doctrine of Discovery. Now, five centuries later, the U.S. Government continue to use this archaic Judeo-Christian doctrine to deny the rights of First Nation individuals.

According to Steven Newcomb, co-founder of the Indigenous Law Institute, what we now call the Doctrine of Discovery originated from a series of papal bulls issued in the era following the Crusades.  The Papal Bull “Inter Cetera”, which was issued by Pope Alexander VI on May 4, 1493, stated that any land not inhabited by Christians was available to be ‘discovered’. This Doctrine of Discovery became the basis of all European claims in the Americas as well as the foundation for the United States’ western expansion. It granted authority to Spain and Portugal to ‘take all lands and possessions’ so long as no other Christian ruler had previously claimed them. In essence, this bull sanctioned Christian enslavement and power over non-Christians.

Furthermore, these egregious acts were supported by the actions of the US Supreme Court in the 1823 case of Johnson v. M’Intosh. The court was unanimous in their decision and upheld by the opinion of Chief Justice John Marshall, which in part stated, “That the principle of discovery gave European nations an absolute right to New World lands.” Therefore, First Nations peoples had the right of living on the land forever, but they could not own it.

Several organizations have approved resolutions to address the historical record of severe injustices that our laws continually inflict upon indigenous people. I am pleased to know that the Christian Church (Disciples of Christ) is one of those organizations. It is the hope of all the organizations that are rejecting and repudiating the Doctrine of Discovery that this action will help bring healing, forgiveness and hope of all generations. There is more to learn about the Doctrine of Discovery. Consider these suggestions:

The first step in restorative justice is to gain understanding then repentance.  Of course, this will take time. After all, it has been over 500 years and the problems and issues that have evolved over time cannot be resolved within one generation.  Together we can make a start by becoming more aware.

Submitted by Karon Alexander on behalf of