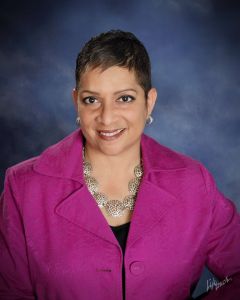 INDIANAPOLIS – Rev. Teresa “Terri” Hord Owens was elected night to serve as the General Minister and President of the Christian Church (Disciples of Christ) in the United States and Canada. She is the first African-American to hold this post and the second woman to lead the denomination.

Hord Owens comes to the position in a time of renewed emphasis on the issues of race, particularly in the United States. Her election comes on the 50th anniversary of the Merger Agreement uniting the African-American and largely white branches of the American-born denomination. She is currently pastor of a predominately white congregation in the Chicago area.

“We need to stop demonizing differences as deficiencies,” Hord Owens says. “We should seek to understand, to work through our differences in priorities, opinions, methods, and goals. This will not be easy, but imagine what an example this will be for the world if we can bridge the gaps in politics, identity, geography and theology.”

Hord Owens’ resume includes more than 20 years in corporate America leading diverse teams in data management before she entered seminary. For the last 15 years, she has been the dean of students at the University of Chicago Divinity School, shepherding a varied student body in both background and theology. The election of Hord Owens follows the 12-year tenure of the Rev. Sharon E. Watkins, who was the first female to lead a mainline denomination in the United States upon her election in 2005. Hord Owens’ term is six years with an option for re-election in 2023 for an additional six-year term.

The Christian Church (Disciples of Christ) was born out of the Stone-Campbell Movement, part of the Great Awakening on the American frontier in the early 1800s. The denomination is congregationally governed, meaning each congregation appoints its own leadership and determines its own mission and support. There are 32 regional bodies that support congregations as well as relate to the general ministries of the denomination. (More information on structure: http://disciples.org/our-identity/our-structure/)