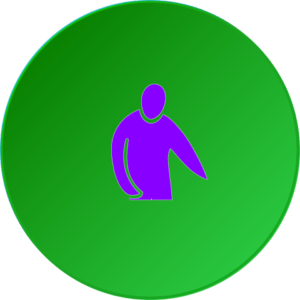 With many thanks to Beth Rupe!

Aroney- Sine, Christine. The Gift of Wonder: Creative Practices for Delighting in God.

Aroney – Sine helps us to reconnect to the childlike characteristics of playfulness, awe and wonder, imagination, curiosity, love of nature, compassion and unconditional as she guides us through and encourages to engage in spiritual practices that opens our hearts to these characteristics.

Organizing her book around seven key meditative phrase, Baldwin leads readers to liten to their inner voices and explore their spiritual paths.

An introduction to a variety of spiritual practices. A classic.

In a society that urges us to be perfect, to be in control, Niequist encourages us to show up in real and genuine ways. She invites us to an inward journey toward our essential selves and provides a compelling vision on how to live a simpler life.

Using a variety of  art medium, Sullivan guides us through a variety of prayer and contemplation practices. The book is easily accessible and provide good instruction for beginner and those who are more experienced with a practical medium.

This book is an extended meditation, a mosaic, on the intersection of nature and humanity. It affirms the goodness of life in the midst of brokenness and the beauty and hope that is found as shards and pieces of life come together.

Using little known metaphors of clothing, Winner explores new ways of encountering and understanding God. She invites us to move closer to God in our exploration.

A companion and friend of Francis of Assisi, Clare fled her upper-class life and family’s desire for her to marry to spend her life cloistered and in prayer. Known for her intercessory prayer, this prayer book provides morning and evening prayers that gives expression to Clare’s life of joy and compassion

Drawing on Francis’ understanding of what it means to be a fool for Christ, to live with humility, joy, and embracing our insecurities, fears and awkwardness, this prayer book offers a week of daily offices.

—– The Divine Hours: A Manual for Prayer. Prayers for the Summertime. New York, NY: Doubleday, 2000.

—– The Divine Hours: A Manual for Prayer. Prayers for the Autumn and Wintertime. New York, NY: Doubleday, 2000.

Born in Germany and attending seminary in the United States where he was influenced by African American Christianity. Bonhoeffer was a part of the Confessing Church during World War II. He was imprisoned and hung of being involved in an assassination plot against Hitler. Bonhoeffer offers the Psalms as a source and model for our own prayer.

A collection of prayers written by leaders in the Christian Church (Disciples of Christ).

A collection of prayers that were used in the house churches of the Early Church. Includes prayers and rituals and a structure to create one’s own daily offices and prayer rituals.

This book is a collection of prayers written by St. Francis and taught to his traveling companions.

Prayers that were collected by Archbishop Desmond Tutu as part of his private spiritual practice. In the introduction to the prayer book, he indicates these prayers exemplify African Christianity and non-Christian spirituality.

Collection of prayers collected by Evelyn Underhill (1852 – 1925) between 1924 – 1938. Underhill was raised in a secular home. While, she was confirmed by the Church of England, she felt a deep connection with the Catholic Church and was influenced by the teachings of Catholic layperson Friedrich von Hügel. Underhill is considered a mystic and wrote about Christian mysticism.